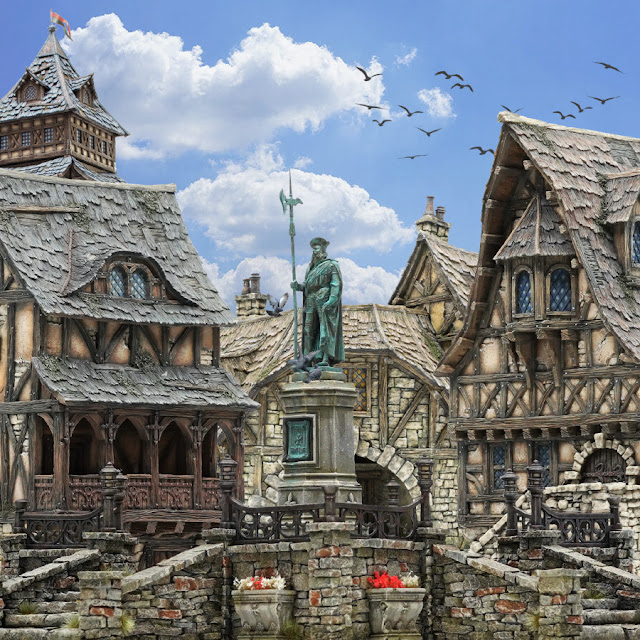 On Tuesday I began with a crazy task.I had to paint Tabletop World's latest release, the Monument in only 4 days so it can been presented to the public and ready for sale on weekend. I had my doubts about meeting the schedule. After many cups of coffee and few brushes destroyed I am proud to say I did manage to make it! :) 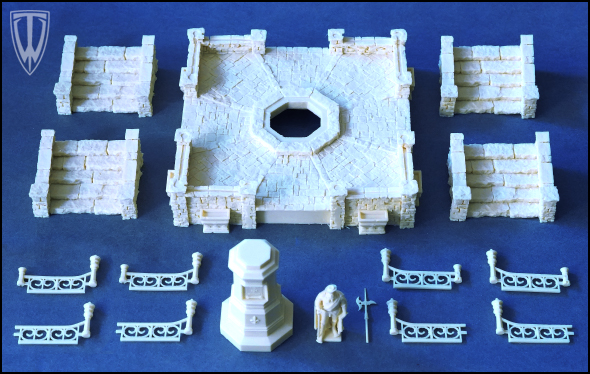 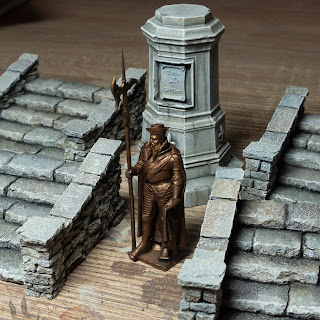 While I was familiar with most of things on the model and from experience knew very well how I am going to paint it, like stone and iron, I had my concerns about oxidized bronze. I knew that I will pull it out in the end, but didn't know how long will it take because I had to experiment. I did paint some small bits of bronze in the past but never something prominent as the statue that is in the middle of this model. Since it is a center piece I decided spend some time and study the real life examples. After few hours of experimenting with various tones of green, turquoise and white on bronze basecoat, I did manage to get the effect I wanted. I think that the verdigris turned out pretty realistic. 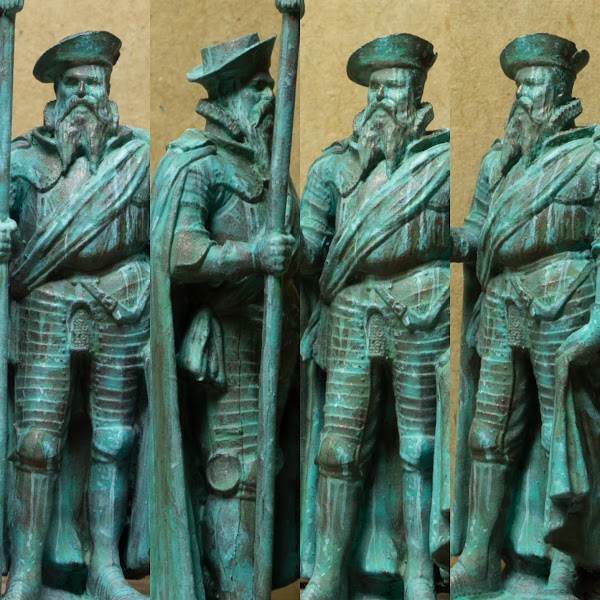 After getting the statue done I felt more comfortable because now I was on the familiar ground. I started hitting the stone surfaces and iron fences. 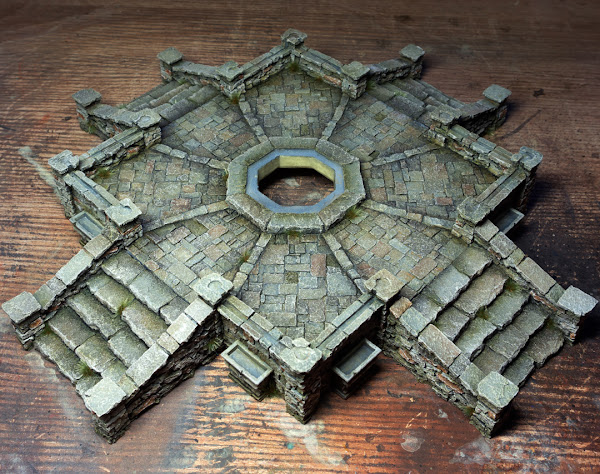 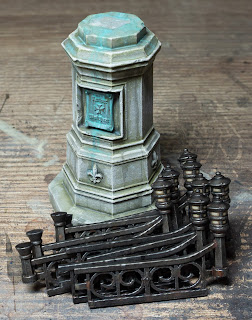 Finally I had to fill the flower and sparingly add some grass tufts in the cracks, between the stones. I also used some enamel paints to create rust streaks from the fences on to the stone walls. I was little bit concerned about the flowers. I was using Green Stuff World flower tufts and the colors of those are so bright and intensive, almost fluorescent. I was worried that it will be to distractive and become the focal point instead of the model itself. To avoid this, I used predominately white flowers and some red ones. I didn't use orange, purple and yellow.

In the end I think that the Monument turned out pretty cool. Here are some final shots: 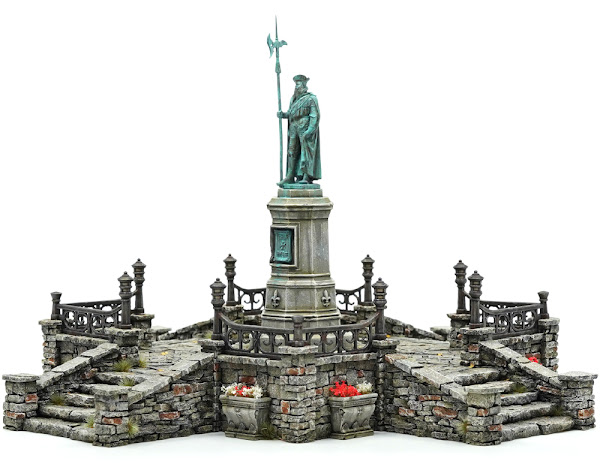 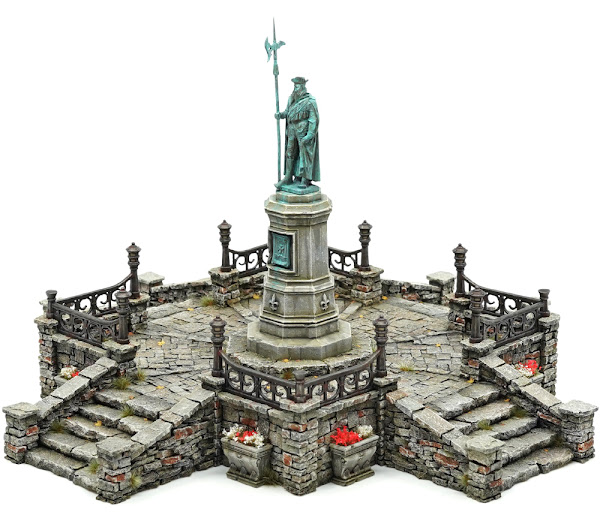 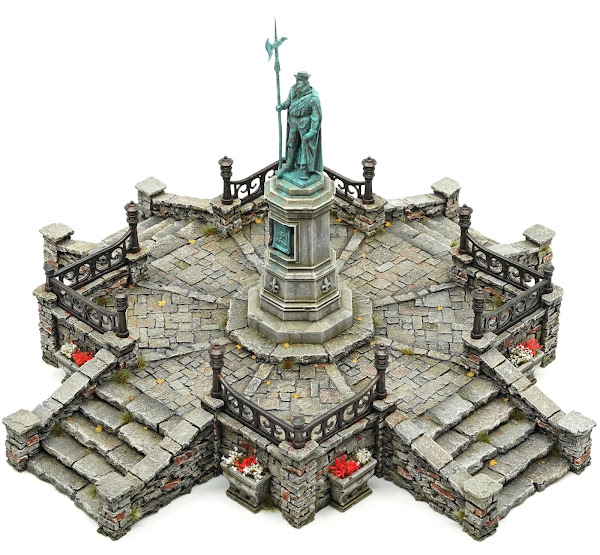 F irst of the nobles to fall under the dark influence of the necromantic propaganda and deadly dark magic of the Nameless One . As on... 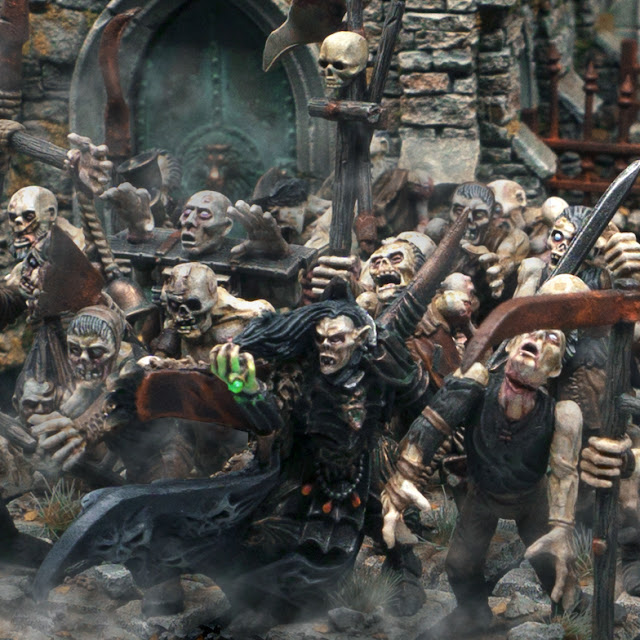